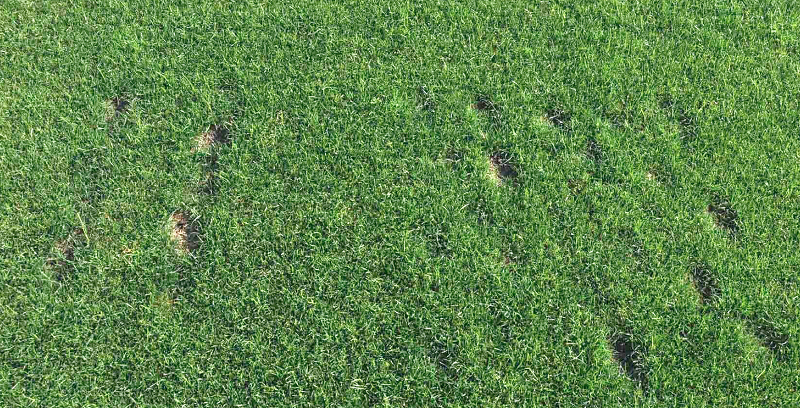 Zurich creeping perennial ryegrass provides excellent wear tolerance, persistence and recovery due to its creeping growth habit.  Scoring 6.5 for live ground cover and 6.3 for visual merit, Zurich is one of the best-performing creeping perennial ryegrasses on Table S1 of the BSPB’s Turfgrass Seed 2018 booklet.  It is a fine-leaved variety that also exhibits high resistance to insects and nematode attack due to naturally high endophyte levels.

Zurich features as standard in Germinal’s A30 Rapid Sports Renovator Plus* and A20 Creeping Perennial Ryesport** seed mixtures and is a useful addition for long-term pitches ranging from Premiership training grounds to school and municipal pitches.

“A3 has traditionally been the industry’s go-to seed mixture for stabilising embankments due to its high percentage of creeping fescues and bentgrasses which bind the soil together,” explains Richard Brown, Amenity Sales Manager for Germinal.  “The addition of Zurich gives this popular seed mixture the added benefits associated with a perennial ryegrass: speed of establishment, the ability to germinate in colder temperatures, and the ability to rapidly recover from damage caused by excessive wear.  For A18 and A19, the addition of Zurich further enhances the ability of these mixtures to recover from wear with minimal intervention.”

“Zurich exhibits an excellent creeping habit, which not only enables sports pitches to rapidly recover from excessive use, but also binds manufactured soils together quickly and effectively thereby preventing gully erosion and loss of soil.  It’s ability to self-regenerate gives added protection during the winter and slowly helps damaged sports pitches and landscaped green areas to repair themselves with minimal additional physical intervention.  It also makes the improved seed mixtures more effective in cooler temperatures at the beginning and end of the growing season.”