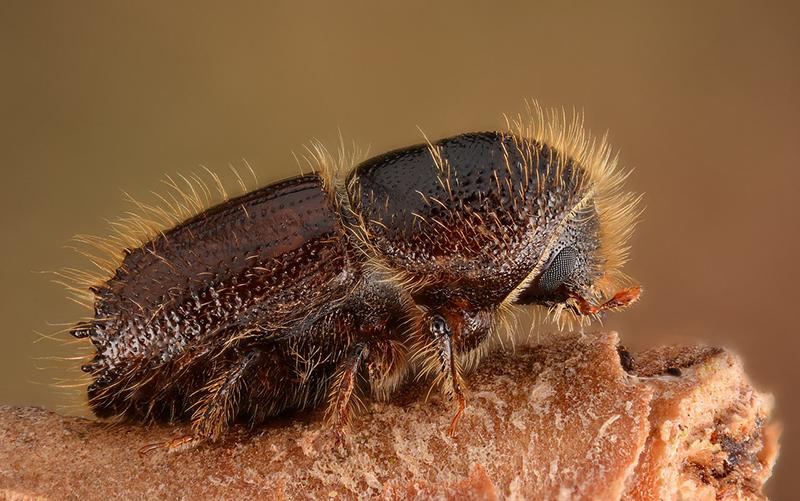 The larger eight-toothed European spruce bark beetle is considered a serious pest on spruce trees in Europe.  Whilst the pest prefers stressed or weakened trees (e.g. windblown, damaged or recently felled spruce trees) under some environmental conditions beetle numbers can increase and ‘mass attack’ trees.  This tactic may overcome the trees’ usual defences by a combination of large numbers, but also transmission of blue stain fungus carried by adult beetles, which collectively have the potential to cause damage to Britain’s forestry and timber industries.  The beetle does not affect human health.

The eight-toothed spruce bark beetle was previously found in Kent in 2018 and resulted in the Plant Health (Ips typographus) (England) Order 2019.  This Order remains in place and restricts the movement of any wood of the genus Picea moving from parts of Kent and Sussex.

Landscape professionals are urged to remain vigilant for signs of the pest and report suspected sightings anywhere in Great Britain using the Tree Alert Form.