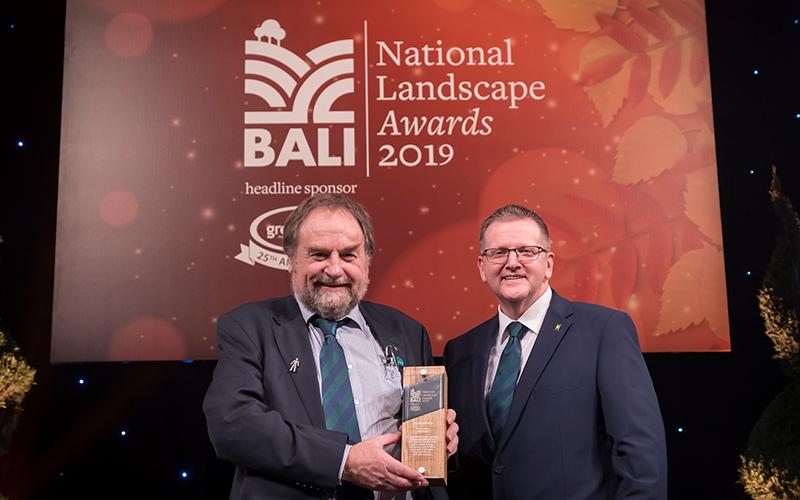 It is with great sadness that we learned of the passing of Neil Huck, past Chairman of the British Association of Landscape Industries (BALI), following a short illness.

Neil worked tirelessly for many years in and around the landscape industry and contributed enormously to the Association during his 18-year tenure on the board, including as Chairman of the board 2004 – 2006. He was highly respected and deeply valued and gave so much to the Association both in time and passion, whilst fulfilling his role at Ground Control. During this time Neil spent over 10 years on the board of the European Landscape Contractors Association (ELCA) and was Vice President until last year when he stepped down. ELCA has worked with BALI across many projects and has jointly lobbied European parliament on several issues affecting our industry and Neil was instrumental in this.

Following his 21-year career at Ground Control, Neil went on to become Chair of the
Landscape Horticultural and Arboriculture and Forestry Trailblazer Apprenticeship Group and Managing Director of Raintree Training Ltd. Neil has always had a passion for training and development and made it his life ambition to ensure that people in our industry were as safe as they could be, not only through his own training delivery but through the myriad of industry groups and committees that Neil attended not only on behalf of BALI but on behalf of the wider industry.

“Neil was a much-loved and respected individual who worked tirelessly for many years to drive the landscape industry forward. He attended too many industry meetings to mention, on a vast array of subjects. He had an enormous knowledge base and was keen to share his experience and collaborate with others. He was a remarkable individual and a fellow Manchester United fan who will be deeply missed, and we will be forever grateful for Neil’s enormous contribution to the Association.”

Our deepest condolences are with his family and friends. Further details regarding funeral arrangements will be shared in due course.