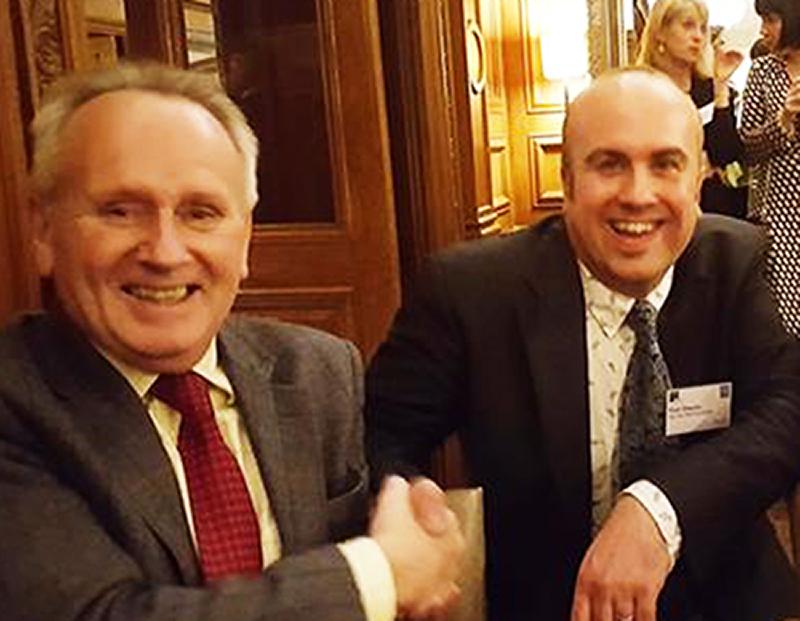 BALI International member Van den Berk, say goodbye to two of their longest team members, after working as Van den Berk's UK Agents since 1996. Michael Queree & Peter van Oekel will be retiring as of June 30, 2018. It has been a long & fruitful association, which has seen the growth of Van den Berk's activities & influence in the UK. “They've succeeded in raising the profile of Van den Berk in the UK, to the point where we are now recognised as one of Europe's leading big tree nurseries. This resulted in winning many prestigious projects, the pinnacle of which, was being awarded the contract to supply the trees for the Athletes Village, at the London 2012 Olympic Games!” says managing director Pieter van den Berk.

From February 1, 2018,  Tom Owen will join the Van den Berk sales team. Tom has a lot of horticultural experience in both private and commercial soft landscape supply. He's worked for 19 years at Crowders Nurseries and has extensive knowledge of the realisation of large infrastructure projects. Van den Berk trusts that Tom will be able to work in good cooperation with its customers and wish him lots of success.  Ferdinand Timmerman, based at the nursery in Holland, will also remain contact person for the UK market.