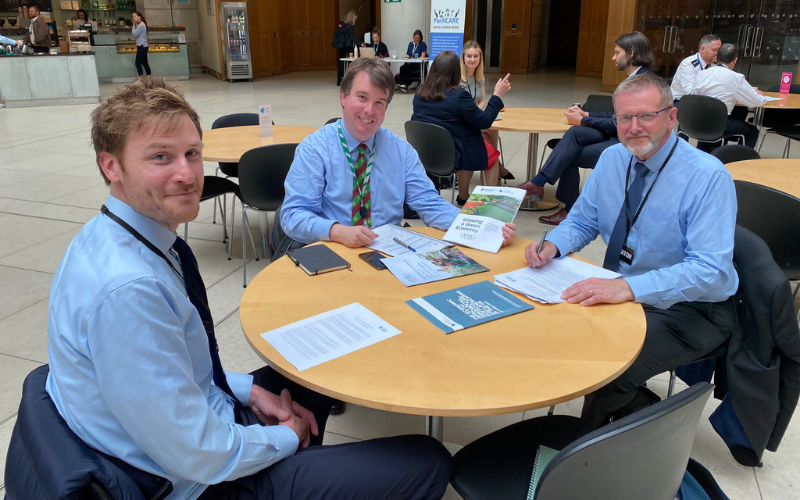 On Monday 16 May the Association’s Chief Executive, Wayne Grills, along with Technical Officer, Owen Baker met with Craig Williams MP (Parliamentary Private Secretary to the Chancellor of the Exchequer) regarding the recent introduction of rule changes to the use of rebated fuels.

Having briefed Craig Williams on the issues that the landscape industry now finds itself in with the removal of the use of red diesel, the Association highlighted the following areas for discussion:

The meeting was successful, and the Parliamentary Private Secretary understood what an important part our industry plays in creating and maintaining green spaces for the benefit of its economic, social, health and environmental contributions - but of course will be bound by government policy.

This was a great potential move forward for the Association and its members to be able to hold discussions at this level in government, and we will be meeting again soon to further explore these options viable and will update accordingly.