The British Association of Landscape Industries has released a statement following an announcement from Downing Street.

The British Association of Landscape Industries is aware the HS2 project has split the nation in relation to the long-term benefits to the economy, effectiveness of alleviating longstanding transport issues and environmental cost. Following the announcement from Downing Street yesterday that HS2 will proceed, the Association wishes to comment on the environmental elements of the project only, and specifically what we believe an effectively managed project would look like in environmental terms.

Our Association, who represents over 900 Accredited landscaping organisations and individuals in the UK, are aware of several members who are actively involved with the project, including nurseries/growers, land clearance contractors and ecological experts and therefore collectively are employing hundreds, if not thousands, of workers to support the project. Our Association are also aware, however, the HS2 project faces serious opposition from notable charities and custodians of the landscape including The Woodland Trust, The National Trust and the Wildlife Trust.

Respect for the landscape by HS2, whilst in the early stages of construction, has not been without problems. Most notably, as reported by the media, trees left to fail after a watering regime had not been maintained and habitats affected by the works, reportedly without prior permission from landowners, are disappointing and do not reflect best practice.

Our Association would regard these as serious failings, and hopes the project is managed with more care for the environment as it progresses. Employing specialist landscape architects and contractors to assist architects and tier one contractors with the forward procurement and contracting of the design and build of the primary landscape infrastructure should be seen as a necessary requirement, not an optional one. 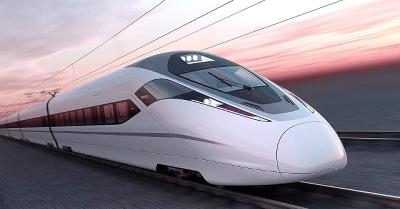 For the environmental aspects of the HS2 project to be deemed a success, we would expect a high level of integration between the construction and environmental teams. Specifically, whilst we understand the loss of a proportion of habitats is a requirement of the project, they believe this should be undertaken with care and in conjunction with land owners and environmental custodians. For mitigation of lost landscapes to be effective - and to ensure established habitats are not lost in vain – we would expect the sums invested in the environmental remediation aspects of the project to reflect the value of habitats to surrounding wildlife. We would also expect long term management and maintenance plans to be a central part of the environmental remediation offering. Plant biosecurity is now a key consideration for the landscape profession, and we would expect the measures undertaken as part of this project to reflect best practice, for either material sourced from the UK or overseas.