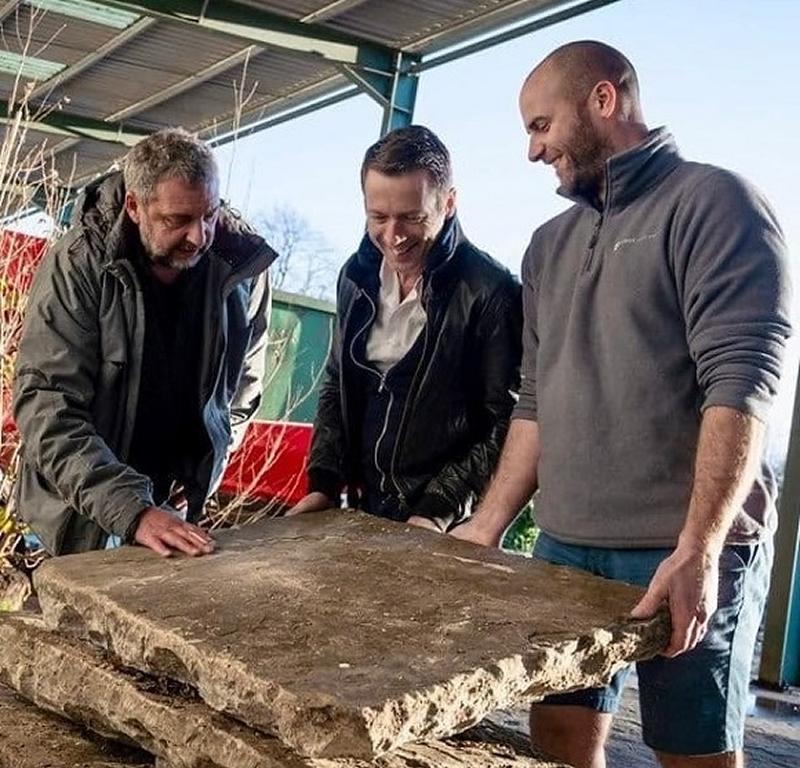 BALI Registered Affiliate member CED Stone Group are thrilled to be supporting The Northern Roots Oldham Garden at this year’s RHS Hampton Court Palace Garden Festival. The garden is being designed by international garden designer Peter Donegan who has just returned from designing in France again and was recently a guest speaker at The APL Awards. Once again Peter has teamed up with serial show garden builders Burnham Landscaping, having worked together on the Perennial Garden at last year’s RHS Cardiff, winning a Silver medal for their efforts. CED Stone Group were sponsors of the 2019 garden along with growers Hortus Loci who are also back on the team for the Northern Roots Oldham garden.

So, what’s going on in Oldham then? Northern Roots is an ambitious and pioneering project which will ultimately create the UK’s largest urban farm and eco-park. This incredible 160 acres of green space will lie on Snipe Clough in Oldham. Working with Oldham Council and the local communities Northern Roots will be developed to create jobs, skills and businesses such as animal husbandry, bee-keeping and crop cultivation while protecting the environmental value of the site. ’The ambition is that Northern Roots will become self-financing in the longer term through a blend of social investment, enterprise, tourism, licensing and commissioning.’

What better place to showcase the UK’s largest urban farm and eco-park than at the world’s largest annual flower show?!

After the announcement that the RHS Hampton Court Palace Garden Festival has now been rescheduled to September 2020 due to coronavirus, Northern Roots confirmed its garden will be at the show as planned. Northern Roots project director Anna da Silva said:

"We’re thrilled that the RHS is rescheduling RHS Hampton Court Palace Garden Festival from July to September 2020. We’re living through unprecedented times. It’s the first time the RHS has had to cancel shows since Chelsea Flower Show was cancelled during the Second World War. We are proud to bring the Northern Roots Oldham Garden to RHS Hampton Court Palace Garden Festival in September for its 30th year, at what will undoubtedly be a joyous celebration”

The headline sponsor of the garden is Park Cakes, who has been serving the community of Oldham since 1937! Other sponsors include Miocare Group, Walker Simpson Architects, Frank Rothwell of Manchester Cabins and North Lancashire Training Group. With their support, Northern Roots has now raised a considerable portion of the budget for the garden.

“The stone to be used in the Northern Roots Oldham show garden is Oldham stone. It’s the history of Oldham, that’s the beauty of it. CED Stone is proud to be supporting this garden not as suppliers but for our expertise and our passion for natural stone.”

The garden will be relocated back to Oldham after the show to form the hub of the new Northern Roots centre on Snipe Clough - ‘a space for people to come together to learn, grow, connect and create’.

“Not to take away from the severity of where we all are right now across the globe and in Oldham but, no matter how poor things may seem and irrespective of interest or age - happy distractions, a ray of sunshine and a handful of daydreams are always necessary. They are food for the soul, imperative for our children and to be without them in my life is not worth considering. That this close my eyes moment is a garden involving Ashton Road-based Park Cakes, the inspirational Frank Rothwell and a selective of Oldham’s finest business folk and local community hearts by my side is ultimately a fairy tale. One only needs to look at the now public drawing presented and published by The Royal Horticultural Society to realise.”